Samsung announced the launch of the Galaxy S22 EX smartphone in 2022. The manufacturer is offering the Samsung Galaxy S22 EX phone with 6.1 inches display, Exynos 2200 chipset, 8 GB of RAM and 128 GB of internal storage.

The Samsung Galaxy S22 EX comes with Android OS v12.0 out of the box, and a Li-Po 3700 mAh, non-removable battery. The 6.1 inches phone comes with AMOLED display (1080 x 234 px). The AMOLED is a display technology and stands for Active Matrix Organic Light Emitting Diodes, it is a type of OLED display and is used in smartphones.

The weight of Samsung Galaxy S22 EX is about 5.89 oz with battery, which is average compared to most of the smartphones with same size. The dimensions of this Samsung phone are average (5.75 x 2.78 x 0.3 inches).

The Samsung Galaxy S22 EX comes with Android OS v12.0 out of the box, but it is upgradable to the next OS.

The size of Galaxy S22 EX screen is measured diagonally, from corner to corner. The 6.1 inches AMOLED display of Samsung Galaxy S22 EX with 1080 x 234 px resolution is multitouch capable.

The camera of the Galaxy S22 EX is equipped with autofocus. An autofocus (or AF) optical system uses a sensor, a control system and a motor to focus on an automatically or manually selected point or area. Very few Android cameras come without autofocus. The main camera of Galaxy S22 EX has optical image stabilization (OIS) to counteract camera shake. Optical image stabilization is a must for anyone shooting without a tripod with a long lens or in low light conditions.

The Samsung Galaxy S22 EX supports 2G, 3G and 4G/LTE networks. This phone has a built-in GPS. GPS is a highly accurate navigation system using signals from satellites to determine a location on the Earth's surface, irrespective of weather conditions. Most phones have a GPS unit on board. The Galaxy S22 EX comes with NFC (Near Field Communication) functionality. Near Field Communication (NFC) is a short-range wireless connectivity technology that makes life easier and more convenient for consumers around the world by making it simpler to make transactions, exchange digital content, and connect electronic devices with a touch. The Galaxy S22 EX phone has built-in FM radio. The built-in FM Radio is great for listening to your favorite radio station.

The Li-Po 3700 mAh, non-removable battery gives the smartphone a good battery backup. The lithium polymer (Li-Po) battery is a thin, light-weight, rechargeable battery. No periodic discharge is needed and charging can be done at random. The battery of Galaxy S22 EX isn't removable without voiding the warranty.

Smartphones today come with a wealth of sensors to facilitate a better user experience. The accelerometer is a sensor that measures the tilting motion and orientation of the phone. The Galaxy S22 EX phone has a fingerprint scanner. This sensor identifies and authenticates the fingerprints of an individual in order to grant or deny access to a smartphone. This Samsung phones comes with proximity sensor. This proximity sensor detects how close the phone is to an outside object, such as your ear. The Dual SIM capability of Samsung Galaxy S22 EX phone is ideal for businesses wishing to provide staff with a mobile device that can offer separate numbers and bills for both personal and business use. The Galaxy S22 EX is a safe and durable IP68 dustproof and waterproof smartphone built for outdoor usage. This smartphone supports fast charging technology, which comes in handy when you need quick juice on your device. The Galaxy S22 EX comes with wireless charging. Wireless charging uses an electromagnetic field to transfer energy between two objects through electromagnetic induction. 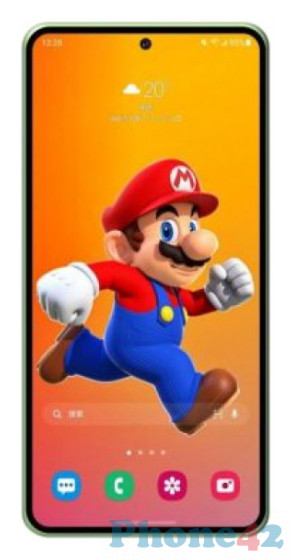